In honor of National Autoimmune Awareness Month, I’d like to tell you my own autoimmune story.

I used to work as a Clinical Nutritionist in a sub-specialty of pediatrics.There, I witnessed a lot of great intelligence and skill, but I also saw the separation of body systems, as if their interactions were not all that important. I knew, and even the doctors I worked with knew, that this was untrue, but their training and the medical system had limited them each to their specific organ. As an already holistically-minded nutritionist, I couldn’t get used to this, and it was a struggle to try and treat the whole child in that environment.

During my time in that job, what also made the sick-care/specialty-care paradigm hard to swallow is that I had begun learning about Functional Medicine—an evidence-based, upgraded paradigm of Western medicine that seeks to treat the whole person, including all of the organ systems as an integrated entity, and addressing emotional/spiritual and social factors affecting each individual. I eventually realized that  I had to get out and make a difference for those who were ready to listen and ready to heal.

Something else happened during my time in the medical machine that made me all too happy to get out. I had to take a TB skin test, in which a small amount of inactive TB in a preservative solution is injected under the skin of the forearm. If I didn’t, I was told I would lose my job. If you’re a health care worker, you know that this is just part of the deal. I didn’t think too much of it. After all, I had taken these tests before with no issue. But this time was different.  My test read negative, which meant I didn’t have a major inflammatory response at the injection site, indicating that I had not been exposed to or infected by TB. But interestingly, the test site turned into a little lesion that was sunken in the middle. Slowly, over the next few months, I began to see more of these lesions popping up on my arms, and then my chest, until my armpits, under my breasts, my sacrum and my groin were all covered in these incredibly itchy, angry lesions. I was devastated. I had always had beautiful skin, and a lot of my self-worth was tied up in my appearance at that time.

I knew it was an autoimmune response, and I avoided seeing a physician, because I knew they would just recommend steroids. I had seen the devastating effects of these drugs in my patients, and I would not go that route. Eventually, though, I went to see a dermatologist, and she was able to give me a diagnosis of Granuloma Annulare (GA), an autoimmune skin disease typically presenting in those with severely compromised immune systems, like cancer and HIV. I didn’t fit that picture, and since my first lesion was my TB skin test site, I researched GA and TB skin tests and found that TB skin tests are associated with the development of GA, and the more exposures you have over time, the more the odds increase. It can be difficult to prove the connection, because the lesions can appear much later, but my case was solid, and my dermatologist was in agreement. I had developed an autoimmune skin disease in response to one of the chemicals or possibly the egg white in the TB test solution.

Of course, my dermatologist recommended steroid therapy, and when I refused that, she did help me look into some vitamin therapies that had been researched. As time went on, and I continued my training and education in Functional Medicine and Functional Nutrition, I began to learn about dietary and gut-healing strategies to keep my immune system and my skin calm. It’s been about 2.5 years since I’ve seen a lesion, and even though I’m doing everything I know to do as a Functional Nutritionist and have also incorporated invaluable emotional work, I still get a little nervous when I see a red dot on my skin.

I never want to go through that again. I also never want anyone else to go through what I did, feeling so unsupported and even victimized, by the healthcare system. I know it happens every day, and I’m passionate about helping as many people as I possibly can to find a better way to deal with inflammation and autoimmunity in a way that gives the body what it is asking for, rather than further depleting it.

Don’t get me wrong—I know and love a lot of healthcare professionals, and I know they have a lot of compassion and do a lot of good, particularly in acute conditions. I also know that there is an upgraded form of medicine that is a better way to treat people with chronic conditions, which works through a personalized systems-based approach.  It’s called Functional Medicine, and I am a Functional Medicine Nutritionist.

If you have inflammatory symptoms, digestive issues or an autoimmune disease, and you would like to take the first steps toward healing, know that you can count on me for help if you are ready to do the work. I currently offer my 90-Day VIP Healing Intensive for those in need of a highly individualized investigation into the root causes of their dis-ease. For those who just want to dip their toes into the waters before deciding on how to move forward, a few times I year, I offer my virtual group program, the AIP RESET Challenge, which  takes you and others like you through the Autoimmune Protocol—my go-to anti-inflammatory, gut-healing elimination diet.

This is foundational to work that needs to be done to reverse your dis-ease. For participants of the AIP RESET Challenge, I am also offering community support through a private Facebook group, of which I’ll be the main moderator. Additionally, there will be people there offering support, who have worked with me and gone through or are going through AIP already. When we’re done with the challenge, you’ll get to stay in the Facebook community, and you’ll also know whether you need to go on with more individualized support and investigation. I’ll let you know what your options are if you’d like to continue on working more closely with me to uncover and address YOUR unique root causes.

For me, this program is about helping more people at once and having them benefit from the group effect via our weekly calls and the private Facebook community. It’s also about helping you through the first and most involved step in the Functional Nutrition approach—eliminating inflammatory and gut-irritating foods (in a way that is achievable & isn’t torturous), in order to reduce gut inflammation as much as possible in order for the work ahead to be effective.

Want to know before the next one starts up? Say yes to getting notifications and get access to an introductory video here.

Here’s to wellness BEYOND the status quo! 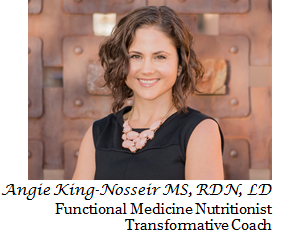 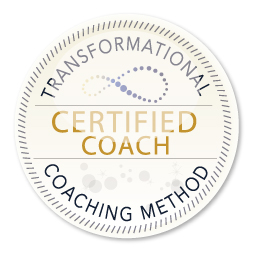 The AIP RESET Challenge »
« Where are YOU on the Autoimmune Spectrum?